American’s Flagship Business class product gives access to the Flagship lounge here at LAX.  Unfortunately, this lounge is closed for the pandemic and instead the space is being used as an extension of the Admiral’s club. Below are the snacks currently offered.

Boarding began with group 1 which was for Flagship First Class Passengers and ConciergeKey Members. This was followed by group 2 which is for Flagship Business Class and OneWorld Emerald Members, at which point I boarded.

Here’s a look at my seat 5J, which is the bulkhead row seat in the larger cabin. The bulkhead seat in the second cabin on the 777-300ER is the best place to be since there’s lots of space and it affords amazing views of the 777-300ER’s massive GE90-115B engines.

The seat had a remote control for the IFE on the right side of the seat in a very much convenient location. There was also a reading light and all the seat controls as well as power port.

There was a storage area beside that where there were Bang & Olufsen noise-canceling headphones. No, you can’t take them with you.

By your legs down below there’s another storage area here. The light down here can be controlled by the light button where the seat adjustment controls are. There was a lot of space down here as well.

There was also a footrest and foot cubby space.

The TV is initially folded but by pressing a button you can push the TV out and release it.

There was an armrest as well that’s on the side of your seat closer to the aisle. This is initially lowered but by pressing that button and this will cause the armrest to rise by itself.

There’s also a tray table that a simple latch can be pulled on to get the table out.

Let’s have a quick look at the amenities available on today’s flight.We were given a nice duvet and pillow which was more than enough for what was needed.

And here are the amenity kit contents, quite well-stocked for this flight if you ask me.

The crew working this flight was fantastic. From the start, the first 3 crew members I interacted with, all seemed amazing and I was excited for the flight ahead.

There was no pre-departure drink due to the pandemic but I do believe it should be back soon.

We eventually pushed back and began our taxi to runway 25R.

Eventually, we put the pedal to the metal and had a pretty lengthy roll down the runway.

Now let’s have a look at the menu for the flight real quick.

The 2 people working my aisle were absolutely lovely. One of them was the purser and the other was an FA from France.

The purser came around offering drinks and we had a fun little interaction. She asked what drink I wanted and I said sparkling water and prosecco. Now remember, according to the menu, American serves the following prosecco.

The FA says they didn’t have prosecco but they had champagne instead. I consider this to already be an upgrade but I wanted to know what I was in for so I asked the FA to see the bottle and this is what I am served instead:

I certainly won’t complain and the champagne was delicious.

Finally, the other crew member came around with individual meal trays.

Everything is wrapped and/or closed. I didn’t exactly like their process as there was potentials for huge delays. They served everyone the meal tray first, then came around with hot foods right away.

The first course was a Caprese salad which was actually really refreshing. The flavors were also really nice. There was a sour sauce they gave to provide it.

Finally, the amazing gentleman working my aisle came around with my dinner option and I went with the fish. Let me say this: This is by far the best and most well-cooked fish I have ever had on an airplane. The fish was so juicy. Usually, crew overcooks the fish but this one was just perfect., thought it was far from the tastiest. But sauce was quite nice.

The dessert was this chocolate tart which is of course delicious as well and was like a cheesecake.

By the time dinner was over, the sun was slowly starting to rise as which point I decided to get some sleep.

I forgot to take a picture of the bed setup but the casper bedding provided is more than enough for this flight.

After a quick nap,  I woke up to the pre-landing announcement as well as everglade views.

Soon enough we had a final approach and smooth touchdown onto runway 8R on the northside of the airport.

theaircraftking
•
Follow
My ride for the 1 hour 4 min flight down to SNA airport. Water was the only service on the flight today. This aircraft quite possible might have had one of the dirtiest windows of any US aircraft I’ve ever flown, I couldn’t even get proper pictures. #united #unitedairlines #flyua #myunitedjourney #premiergold #staralliance #mystaralliance #staralliancegold #sfo #sanfranciscoairport #sanfrancisco #sna #orangecounty #johnwayneairport #travelgram #boeing #flightviews #skyviews #sunset #skysunset
View on Instagram |
5/9

theaircraftking
•
Follow
My A320 for the 1 hour 13 min flight up to SFO. Probably one of the most turbulent flights I’ve had in a while and probably the most elite heavy flight I’ve flown in a while. All in all a quick and efficient way to go up north. #united #unitedairlines #flyua #myunitedjourney #premiergold #staralliance #mystaralliance #staralliancegold #sna #orangecounty #snaairport #sfo #sanfranciscoairport #sanfrancisco #travelgram #flightviews #skyviews #wingviews
View on Instagram |
6/9 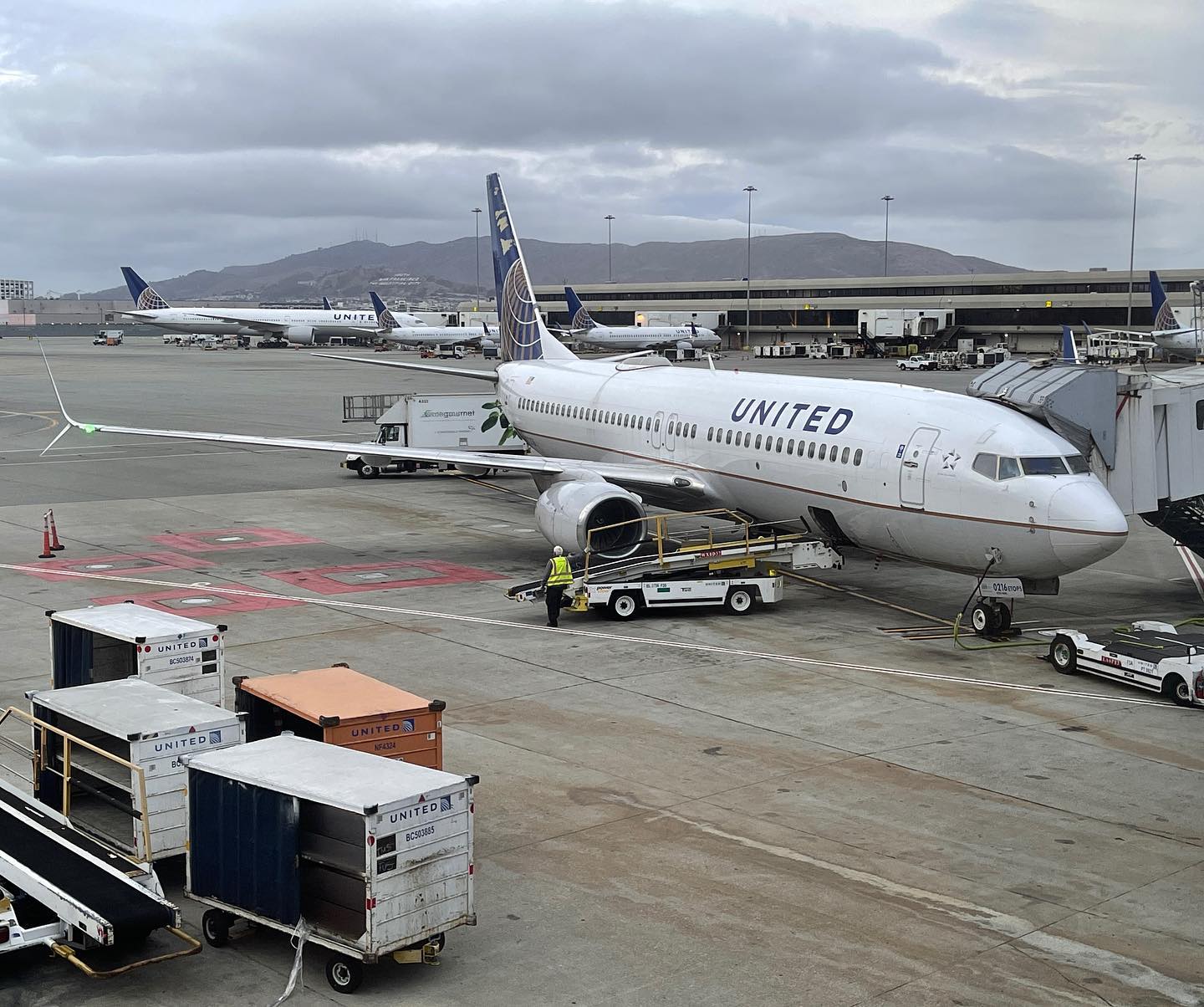 theaircraftking
•
Follow
My 737-800SFP for the 1 hour 4 min ride to SFO in Economy Plus. Overall a quick hop up, only a beverage service, and I had the entire row to myself. #united #unitedairlines #flyua #myunitedjourney #premiergold #staralliance #mystaralliance #staralliancegold #sna #orangecounty #snaairport #sfo #sanfranciscoairport #sanfrancisco #travelgram #flightviews #skyviews
View on Instagram |
9/9
View on Instagram